We’re now really starting to crank it up. almost feel like a farmer…almost. Snow’s almost melted.

We’re putting up our greenhouse this weekend – we’ll be sure to post lots of pictures, so everyone can 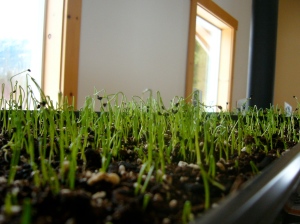 follow along and build their own at home. Who am I kidding, I just hope it stands up. Also started a whole whack of more seedlings – kale on Mar. 23rd; spinach, chard, beets, broccoli, basil, tomatoes, and assorted flowers on April 1st. Onions and leeks are looking strong and healthy – dang it feels good to actually have things growing – to actually see some results starting to show from all of the focused intention of being a farmer. Winter is a difficult time for the first year farmer – filled with passion and all the dreams and ideas of what could be, but held back by the weather. I feel like the starting gate is just about to drop – and then I’ll probably be running around like the proverbial headless chicken – lots of energy and ideas, little direction. Exciting times…

We just did an interview with Pieta Wooley of the Georgia Straight who is writing an article on the ‘Ruralization’ of segments of the population. Really interesting concept. Apparently 20 million Chinese 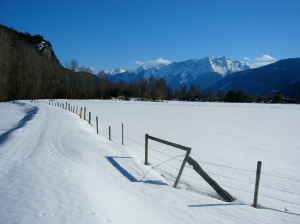 citizens have de-urbanized, moving to the country from the city because the city has become too expensive. Then there’s folks like us who are leaving the city mostly because we yearn to reconnect with the true fundamentals of human existence – food, water, community and the natural systems that support it all. The kind of things that the city has a tendency to hide from us. That and get ripped bods and wicked tans by working outside all the time. Anyway, check it out – should be in next week’s Straight.

There was an error retrieving images from Instagram. An attempt will be remade in a few minutes.